What is an Improvement Patent?

As we mentioned earlier, rarely are inventions the first of their kind. Instead, many inventions are variations or improvements of previous inventions. Most of the patent applications that the USPTO grants today are considered to be improvement patents.

The example of an improvement invention I like to give is that of a chair. An original inventor invents a chair and subsequent inventors come along and patent a rocking chair.

The USPTO does not have a requirement that an improvement patent actually improves the function of the invention, but only that it adds something extra that’s new and nonobvious when taking into account the prior art that’s out there.

While improving the function of an existing invention is amazing and can probably help you commercialize your invention it is not necessary.

Typically, improvement patents are obtained in situations where an inventor has an invention that builds upon or relates to an invention that is considered to be prior art (something that was once patented or publicly disclosed).

An improvement patent is one that’s sought by an inventor who has not invented something that is completely original but rather builds upon an existing invention. Most patents are classified as improvement patents because almost everything under the sun has already been invented.

A regular patent is one that’s sought for an original invention that has never been patented nor has been publicly disclosed.

Said simply, an improvement patent is one that adds something extra to a basic invention that previously existed or was previously patented.

If an inventor is able to patent his improvement, he will be able to stop everyone, including the inventor of the original invention from making, selling, and importing the invention as improved to the United States.

Should You Get an Improvement Patent?

Whether you should get an improvement patent depends on whether you can commercialize your invention. Just because you can obtain a patent, doesn’t mean that you should.

Patenting an invention costs a lot of money, time, and energy, so before you go ahead and begin the patenting process, ask yourself whether you can profit from your invention?

If you know that you can commercialize your invention or you have someone who’s interested in the invention that you’re patenting, you should patent it, but just know that the process is long and costs a lot of money.

Also, if the improvement you’re working on gives an already successful invention an appealing competitive advantage, it may be worthwhile to invest your time and money patenting the improvement.

Many inventors have been successful in taking inventions that weren’t so good, improving them, and then patenting those improvements.

At Patent Rebel, we often tell inventors to find a product that is already successful, find its weak point(s), improve the product or invention in a manner that adds further value to the product, and patent that improvement.

Bottom Line: The bottom line is that every inventor should have a plan prior to beginning the patenting process because, as previously stated, it’s a costly and time-consuming process, so have a plan and talk to an experienced patent attorney to advise you on how to proceed.

How to Get an Improvement Patent?

Once you have an invention or improvement that satisfies these requirements, you should hire an attorney to prepare and file your patent application.

Prior to preparing a patent application, your attorney should conduct a prior art search to determine whether any prior art exists to prohibit you from patenting your improvement.

The USPTO allows inventors to prepare and file a patent application on your own and will even assist them with preparing their application, however, the patent office does not recommend that inventors patent their invention on their own.

This is so because patent law is quite complex and making even minor mistakes when preparing your patent application could get your application rejected, costing you more money and time later on to rectify the error.

As such, it is wise to hire an experienced patent attorney to prepare and file your patent application. If you don’t have the funds to hire a patent attorney, you should explore the option of hiring a patent agent instead.

Filing a Provisional Patent Before a Nonprovisional Application

Many inventors choose to file a provisional application, which basically refers to a simpler, cheaper, and quicker way to obtain a priority date for an invention or improvement.

Obtaining a prior date in the United States is extremely important because the US has a first to file rule that grants a patent to the inventor who first files a patent application with the USPTO.

As such, it is very important to file a provisional application as soon as you’re able to completely describe your invention and how it works so that you obtain an early filing date for your invention.

That said, you should know that provisional patent applications only last for 12 months and do not turn into a granted patent because they are merely placeholders in time.

If an inventor does not file a regular nonprovisional patent application within the 12 month period, the application will be deemed to have been abandoned and the inventor will lose the early filing date.

Many inventors choose to patent improvements to successful, existing inventions because they believe that the improvements they’ve made will make that successful product or invention more successful or appealing to the public as improved.

Commercializing an invention or product is not an easy task to accomplish, so finding a product or an invention that is successful and improving it is the best way to make a profit. Said differently, it’s easier to patent an improvement and profit than it is to create a totally new invention and then commercializing it to profit.

That said, if you’re working on an improvement to an existing invention, you need to be honest with yourself and ask the question: will the purchasers of the original product pay a premium for the product as improved?

By obtaining an improvement patent, an inventor will be able to stop others from using, making, selling, and importing the invention as improved.

This allows an inventor to either sell the patent entirely or license its use to the original patent holder to sell the invention or product as patented in the improvement patent.

This is especially true if the improvement that you’ve patented gives the original product a competitive advantage over the original patented product.

How Long Does an Improvement Patent Last?

During the 20-year patent term, the patent holder will be able to stop others from using, making, selling, and importing the patented invention to the United States without first obtaining his express permission.

1. How to Apply for an Improvement Patent?

2. How much does it cost to get an improvement patent?

The cost of an improvement patent depends on the complexity of your invention. The more complex your invention, the more you will need to spend on patenting it. Typically, a simple and straightforward invention costs anywhere from $7,000 to $15,000 to patent, with more complex inventions costing $15,000+ to patent.

Attorneys in different geographic locations charge more to patent an invention and the more experience an attorney has, the more he or she will charge.

That said, if you cannot afford an attorney to patent your improvement, you can try looking for an experienced patent agent to assist you will all aspects of patenting your invention.

3. Do you need a lawyer to get an improvement patent?

No, you do not need a lawyer to get an improvement patent, however, the USPTO recommends that inventors hire a patent attorney to assist them with patenting their inventions. This is so because patent law is quite complex and making even small mistakes can be costly down the road. As such, it’s recommended that inventors with little to no experience patenting inventions to hire an attorney to assist them with the patenting process.

4. How long does it take to get a patent?

According to the USPTO, it takes 24 months to obtain a patent. 24 month period is measured from the date an inventor files a nonprovisional (regular) patent application with the patent office. 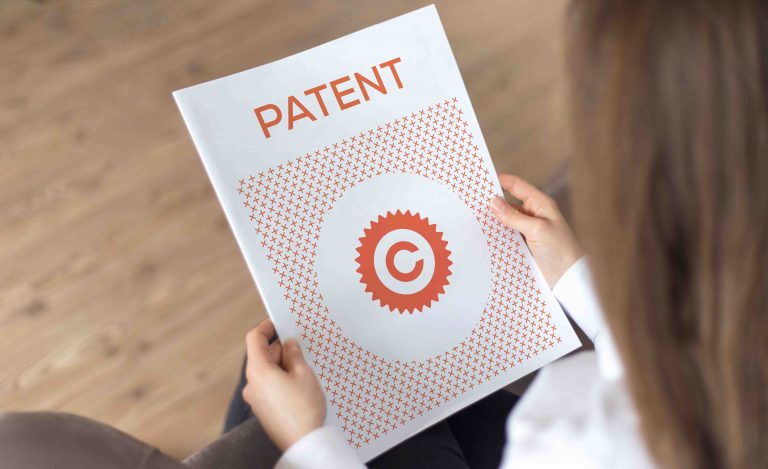